The left once again have decided to show their lack of economic knowledge, (allegedly) 100,000 people marched on Saturday claiming to be the voice of the majority (despite over 20m people voting for deeper cuts than are currently happening).

Want to know how many of them fit into the top 5% of earners?

The facts don’t match up with their rhetoric of #Oct20.

Public Spending is not being cut and ideologically slashed, it is actually rising: Debt will rise by £605bn under the Tories more than under Labour, we are experiencing the stimulus spending that the left want, and it isn’t working.

Furthermore, many Labour party members, councillors, MPs and even their leader Ed Miliband took part in the march, conveniently ignoring not only their promise that they would not reverse the cuts but the fact that they actually called for more cuts than are currently happening. 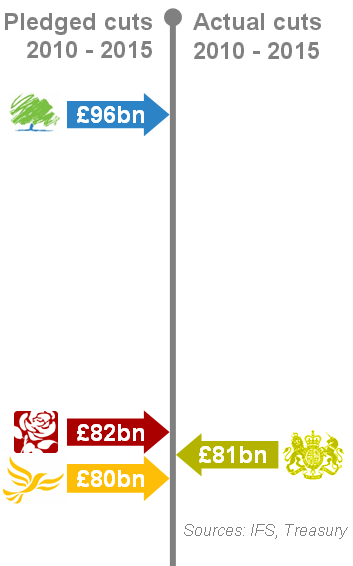 When I engaged with some of the protestors on twitter it was clear that they had fallen foul of many of the myths spread by the left. I will address their concerns here:

1)      It is not greed to wish to keep money that you have worked for, it could however be deemed incredibly greedy to want to take money from people who have worked for it to fund things you want.

2)      Starbucks, Vodafone, and others do not owe us anything, they have paid all the tax they are legally required to. These companies provide millions of jobs with workers who pay income tax, pay millions in VAT and other taxes and are hugely beneficial to our economy. They engage in legal tax avoidance. If you have ever bought anything from duty free, or even chosen to buy a cheaper product then so have you. As tax avoidance is legal they do not owe us a penny.

3)      Fiscal Stimulii do not work, the fiscal multiplier is less than one. Government spending increases GDP by less than the spending itself.

‘The available empirical evidence does not support the idea that spending multipliers typically exceed one, and thus spending stimulus programs will likely raise GDP by less than the increase in government spending. Defence-spending multipliers exceeding one likely apply only at very high unemployment rates, and nondefense multipliers are probably smaller. However, there is empirical support for the proposition that tax rate reductions will increase real GDP.’

The lefts march was nothing but a self serving, ego massaging stunt, their policies of excessive spending and high regulation caused this crisis (which can trace its roots to the CRA from America), Government debt has thrown the Eurozone into a second crisis, directly caused by trying failed Keynesian bailouts in response to the initial crisis (which they caused). If their economic policies got us into this mess then there is no hope of the same policies getting us out.

It just goes to show, there is no such thing as left wing economics, there is economics and then there are lefties trying to prove that water runs up hills.

*We got the Union Bosses wage details here*